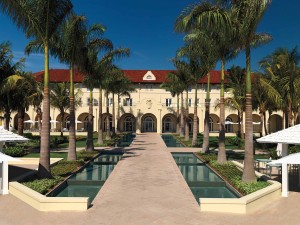 The Casa Marina neighborhood in Key West, Florida is located on the southernmost part of the island, close to Higgs Beach and the White Street Pier. This neighborhood gets its name from the grand Casa Marina Hotel- now part of the Waldorf Astoria Collection of elegant hotels. The Casa Marina Hotel was built in 1918 and designed by Thomas Hastings and John M. Carrere- also known for designing New York’s Metropolitan Opera House and the New York Public Library. It was the final stop for travelers aboard Henry Flagler’s Overseas Railway.